/ The Great Gatsby: Book and Movies

BOOK
Every five years or so, I make a point of rereading F. Scott Fitzgerald’s literary masterpiece, The Great Gatsby, to restore my faith in literary excellence. Gatsby was published in 1925, when he was 29-years-old and had already achieved success with This Side of Paradise. There may be no such thing as the perfect novel — but this book, which captures all the romance and glitter of the Jazz Age, comes very close.

And, even though it was published 88 years ago, it still has an enormous impact on our American sensibilities. For example, the character of Gatsby and his fragile hold on the American Dream has become embedded in our culture. Even the cover of the original Gatsby is fascinating: a mouth over a blue skyline, and eyes with nude females reflected in the irises. It is among one of the most celebrated pieces of art in American literature.

AUTHOR
Francis Scott Key Fitzgerald (1896-1940) is widely regarded as one of the greatest American writers of the 20th century. His early success enabled a marriage to Zelda Sayre (1900-1948), which led to an opulent lifestyle in New York, the French Riviera and Paris where Fitzgerald met Ernest Hemingway. As noted in Woody Allen’s film, Midnight in Paris, (see The French Connection, 9/2/12) Hemingway disliked Zelda intensely. He declared her “insane” — a prescient description if there ever was one. 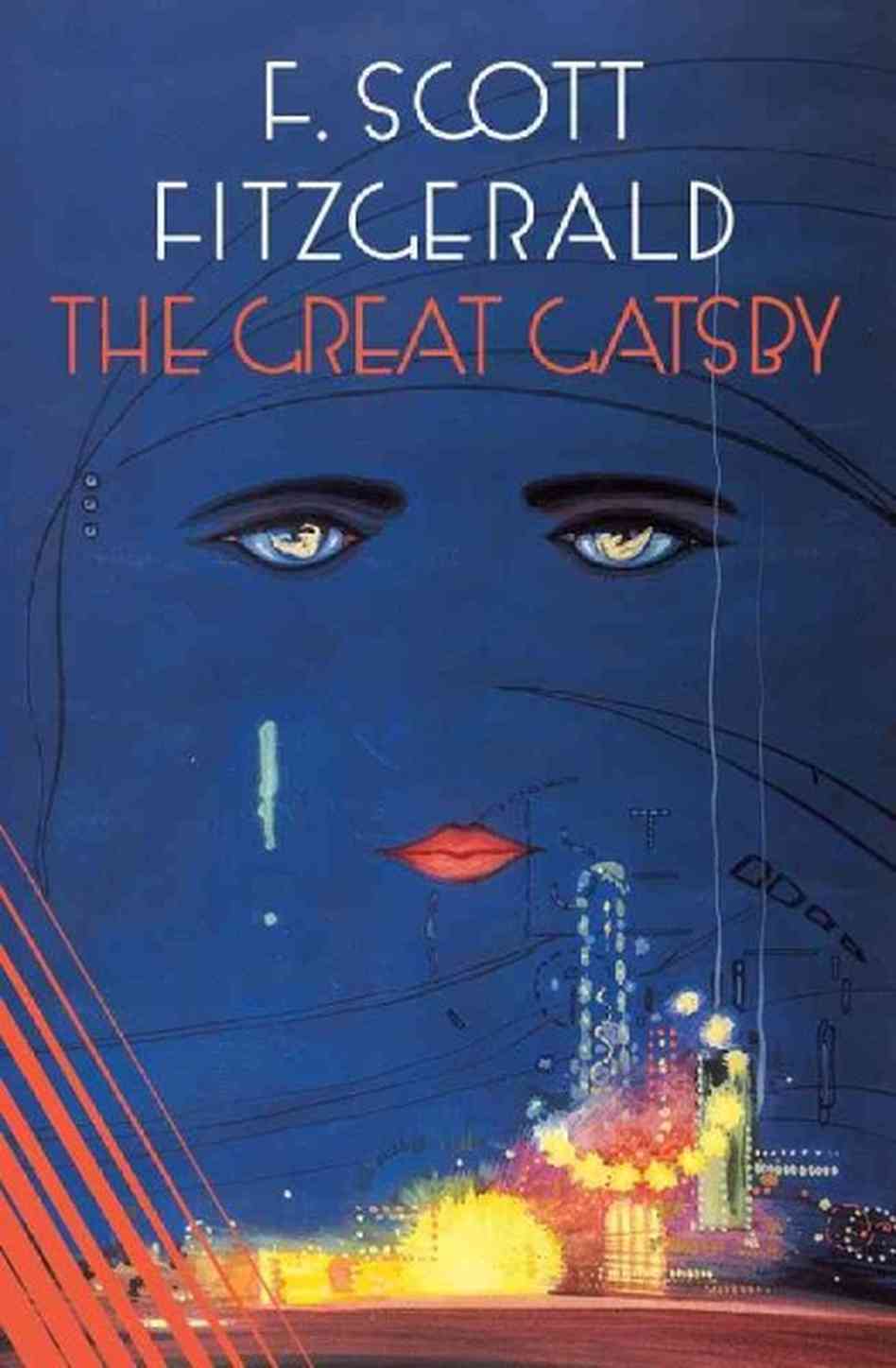 In 1927, Fitzgerald moved to Hollywood to increase his earnings and cope with the expense of Zelda’s incarcerations at various mental institutions. He subsequently earned his highest annual salary ever ($30,000) or $400,000 in today’s currency. Royalties from Gatsby totaled $8,400 during Fitzgerald’s lifetime. Today, Gatsby is read in nearly every high school and college and produces $500,000 a year in a trust fund for his heirs.

MOVIES
Timeline: In 1926, a silent film (now lost) appeared, followed by another Gatsby movie in 1949 starring Alan Ladd and Shelley Winters. Twenty-five years later (1974) one featuring Robert Redford and Mia Farrow appeared and now, a distinctly different Gatsby is out (2013) with Leonardo DiCaprio and Carey Mulligan. Gatsby has also been adapted for: TV, opera, radio, theater and computer games.

Having thoroughly enjoyed the 1974 film, I was surprised to read that it is considered by some to be “beautiful but dull”. I totally disagree — especially in view of the incandescent portrayal of Daisy by Mia Farrow. What I didn’t realize, until I came across an article in Town and Country (May, 2013), was that the screenplay was written by Francis Ford Coppola. He relates, “I was asked to do a rewrite of Gatsby — and completed the script in three weeks.”

Not knowing what to expect we decided to see the newly released Gatsby on May 15, 2013. I had read two reviews: one by Rex Reed in The New York Observer and one in the New York Post by Lou Lumenick. Reed eviscerated the movie and gave it one star out of four while Lumenick loved it and gave the movie three-and-one-half stars out of four.

My opinion? I loved it! Yes, it’s exuberant and over-the-top, but New York in the Roaring ’20s was a jaw-dropping town. I was pleased that Australian writer/director Baz Luhrmann made so much use of Fitzgerald’s lyrical language. In my mind, the ’20s-era fashions alone are the price of admission. Catherine Martin, costume designer and wife of the director says, “I spent four years on research”. One more tidbit: the spectacular Gatsby mansion is Luhrmann’s “old Christian Brothers College” in Adelaide.

This entry was posted in New York. Bookmark the permalink.