Out with the Old, In with the Old In recent years, China’s capital and most populous city has undergone a massive building boom. Many of its historic neighborhoods have been bulldozed to make way for high-rise apartments, office towers and shopping malls.

But, in a twist on the “out-with-the-old, in-with-the-new” trend, Chinese officials are now planning to demolish traditional neighborhoods of hutongs in order to rebuild public squares and restore them to their 18th-century Qing Dynasty appearance.

What is the definition of a hutong? The word means “water well” and dates  back to the Yuan Dynasty (1271-1368). It is the Mongolian name given to a lane, alley or street. Hutongs were spread across much of central Beijing for centuries. However, these symbols of the city’s cultural heritage began disappearing in 1949 — following the Communist revolution — as Beijing expanded and became more industralized. 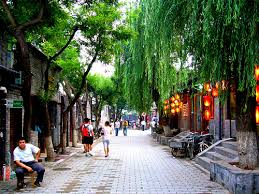 What is the culture of a hutong? In the past, Beijing was composed of hundreds of lanes and courtyards around the Forbidden City that stretched out in all directions. When viewed from the air they resembled a chessboard with gardens and open areas for chats with friends and neighbors. In the early fifties there were 3,000 hutongs — now there are 1,000. The longest hutong stretches four miles while the shortest is 82 feet.

What is it like to live in a hutong? A report by Clarissa Sebag-Montefiore for The New York Times, describes the harrowing experience of listening to sledgehammers knocking down buildings. She says, “My courtyard home in the heart of Beijing has a view of the Drum Tower. For years, the government has proposed leveling this area and the neighboring Bell Tower.” 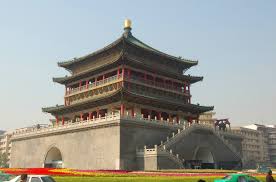 In disbelief, she adds, “The latest plan is to restore the square to its original appearance, as laid out on 18th-century Qing Dynasty maps. This is what happened with Qianmen Street, which was demolished and reopened in 2008, and now boasts faux late Qing Dynasty facades, a concrete tree and a fake tram.”

What is it like to upgrade a hutong? According to Simon Rabinovitch, the Beijing correspondent for the Financial Times, renovating an old courtyard house can be quite an experience. He writes, “I moved into my hutong in 2008. It consisted of four rooms with concrete floors and little else for $400 a month. Luckily, the landlord was willing to cover renovation costs as long as I agreed to a higher rent and a long-term lease.” He goes on to say that his greatest challenge was to convince the landlord that it was not a good idea to put the bathroom and the kitchen in the same room. 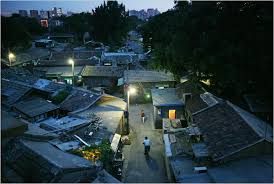 How can a visitor experience a hutong? If one wants to see an authentic hutong, the South Gong and Drum Lane is renowned for its 800-year history. This is the most complete alley of traditional courtyard dwellings in Beijing. It welcomes guests with both an old appearance and the new culture of China and the West.

This entry was posted in art. Bookmark the permalink.