/ Succession: The founder is gone. Now what?

Creating a company in the fashion industry and making it grow is often done by creative entrepreneurs with vision. They are powerful figures and when they are gone the loss is felt almost immediately. Searching for a replacement can be a harrowing process and, in some cases, can result in failure, e.g., the company that Bill Blass founded is no more and the one started by Liz Clairborne has been folded into JCPenney.

Granted there are fantastic successes — most notably, the spectacular genius of Karl Lagerfeld designing for Chanel. He has taken the essence of the founder, Coco Chanel, and made her concepts au courant, wearable and, most important, hot sellers.

Because of these challenges, there was great speculation as to who was capable of replacing 40-year-old British fashion designer and couturier, Alexander McQueen, after his death in February, 2010. The owners of McQueen’s company (Gucci) moved quickly and confirmed that the brand would continue.

This was followed by the announcement that Sarah Jane Burton, who began working with McQueen as a 20-year-old intern, would take creative control of the label at 38. When she joined McQueen he was working out of a tiny studio in Hoxton Square in East London. The company was a hands-on affair where everyone did everything. 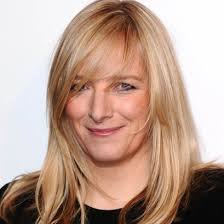 In May, 2010, she was named the new creative director of Alexander McQueen and, in September of that year she presented her first womenswear collection for the company. Fashion editors noted that Burton feminized and lightened the codes of historicism and romanticism that McQueen made his leitmotif, giving the label a delicacy that’s in sync with today’s fashions.

Then, in April 2011, it was revealed that Burton had designed Catherine Middleton’s wedding dress for her marriage to Prince William and also the controversial “maid of honor” dress for her sister, Pippa. This white, figure-hugging number sparked the nickname, “Her Royal Hotness.”

In 2012, Burton appeared on an annual list created by Time magazine of the 100 most influential people in the world. She was also appointed Officer of the Order of the British Empire (OBE) in the 2012 Birthday Honors for services to the British fashion industry.

At the Paris Fashion Week in March, 2013, Burton presented a collection that was intricate and spectacular to 150 fashion editors at the Opera Comique in Paris.

Summing up, Burton says, “I do get stressed, especially at the shows. But, you just have to put your heart and soul into it. It’s so important that there are jackets and dresses that people really want to buy. All the boxes need to be ticked creatively and commercially.”

At this point in Burton’s career, it would seem that her business acumen is almost as strong as her immense design talent. As for where she will take McQueen next — the fashion world is waiting with bated breath.

This entry was posted in Uncategorized. Bookmark the permalink.