/ The Millennials: Generation X on Steroids

Posted on September 3, 2013 by Shaun Henrick

These days “The Millennials” is a hot topic. However, when one asks for a description of this group — the answer is always “ages 16 to 35.” That’s a good start, but it’s just the tip of the iceberg. Let’s take a closer look at this category, which is often known as Generation Y (vs. the previous Gen X or Boomers).

Who makes up this group? There are roughly 79 million people in this group. Diversity is an important factor: 40% of the millennial generation is African American, Latino, Asian — or those of a racially mixed background.

What makes them stand out? As a result of growing up with the Internet and other devices, millennials are said to be the most technologically savvy generation to date. In short, they are referred to as the Net Generation because they don’t remember a time when there was no Internet. 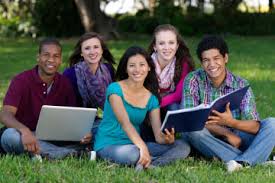 Gen Ys are “digital natives” because they’ve grown up with technology and consider themselves fast adopters of the latest app. They also own multiple devices such as smartphones, tablets and gaming devices.

Who do they trust? This generation trusts people over brands. Constantly connected and dependent on social media, they shop in a whole new way. They’re endlessly curious about what others are doing and they trust opinions from consumers more than what brands say about themselves. Millennials won’t buy without input from others.

That said, it’s important to note that most consumers, regardless of age, go to the Internet to research purchases. And, most of them look for User-Generated Content (UGC) to help them  buy. Over half (51%) of Americans trust UGC more than info on a company’s website.

How do they shop? Millennials use mobile devices to read reviews and research products while shopping. “Crowd sourcing” or tapping into the collective intelligence of the public or one’s peer group, has become particularly popular.

Millennials favor brands that have Facebook pages and mobile websites. Smart companies are using location-based shopping services such as Foursquare and Shopkick to capitalize on this trend.

How do they spend their time? Millennials spend less time reading printed books and watching TV. Only 26% watch TV for 20 hours or more per week and, when they do watch, they’re more likely to do so on their computers through services such as Hulu. 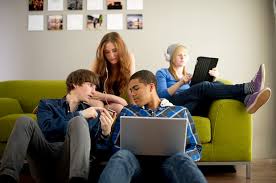 How has the recession affected them? Many came of age in the longest economic expansion of the 20th century and graduated into the worst recession since the 1930′s. Unemployment is twice as high as the national average for this group. Median earnings have fallen for the young and college debt, most of which is held by 20-somethings, is at an all-time high. 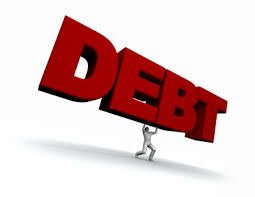 What does the future hold for Gen Y? Millennials put a  premium on speed, ease, efficiency and convenience. Or, as one executive says, “Millennials are like Generation X on steroids. If you thought you saw it all when Gen X came on the scene that was a fake punch. The haymaker is coming now.”

This entry was posted in marketing, Uncategorized. Bookmark the permalink.